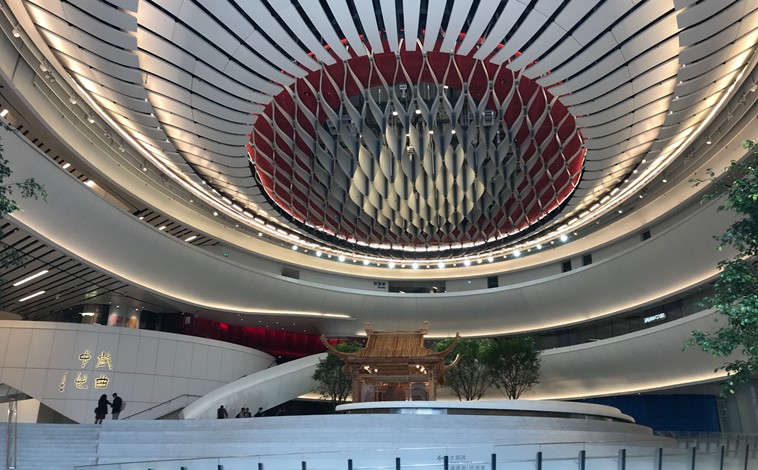 Under the auspices of the Acoustical Society of America, the HK Chapter of ASA made a tour of the new Xiqu centre in Kowloon on Friday 12 April 2019. The tour included the 200 seat Tea House Theatre, the Grand Theatre and two other spaces, the atrium and the Seminar Hall. The Grand Theatre with 1100 seats has a single balcony and deploy-able drapes with the RT varying from 0.7 to 1.1- 1.2s. The RT is low for a western theatre but selected by Bob Essert of Sound Space Vision (London) specifically for Chinese Opera. Bob was formerly with Artec (now Arup Acoustics) and worked on Theatres on the Bay (the Esplanade, Singapore) as did MDA in 2000-2002.

As most Cantonese Opera is traditionally performed outdoors, and is strong on percussion, and in order to improve balance has evolved to use amplified sound indoors, however the Xiqu Centre Grand Theatre’s acoustics are designed not only to accommodate this,  but to foster a more balanced and uniform approach to musical performance and to allow for un-amplified performances. According to advice received on the day, the internal sound level was close to the design target of NR 15. Where there were exceedances, this was due to noise from lighting cooling fans and HVAC and when lights were switched off the criterion was achieved.

The main auditorium is suspended below overheard beams supported by six mega columns but is not vibration isolated. However most other spaces are isolated using box in box design on proprietary elastomeric pads. The Grand Theatre foyer (not the Atrium shown below) was highly reverberant and quite noisy – mostly due to HVAC plant.

At the conclusion of the tour,  lead by Paul Hennig, Head - Technical and Productions, Performing Arts, from the WKCD Authority, Professor Wang Ji-qing of the Institute of Acoustics, Tongi University, Shanghai, a renowned expert in the field of Chinese Opera, gave a talk about the theatres, as did the lead design architect, Revery (fomerly Bing Thom) principals Earle Briggs and Giles Hall. This was followed by commentary of the acoustic design of the centre by Mr. Tim Marks of MDA Hong Kong and Mr. Song of Shanghai ZADI.

Pictures of the internal and external views are enclosed. The external views are tremendously impressive, and the internal views obviously reflect the traditional Chinese Opera styles, very much honouring local cultural styles. The Tea House theatre too was a very intimate space. The tour was followed by a celebratory dim sum lunch at the nearby Scout Commissioners Club. 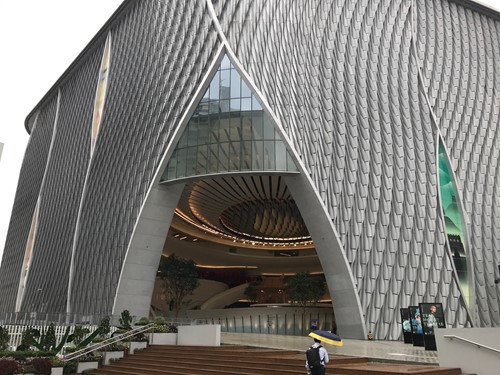 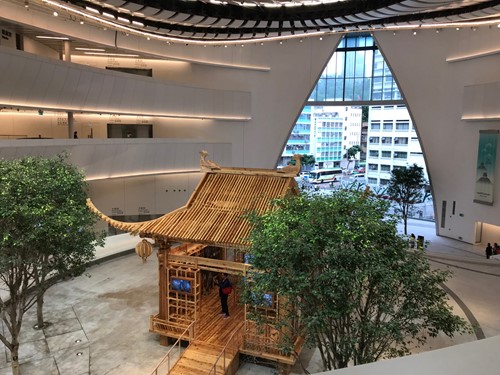 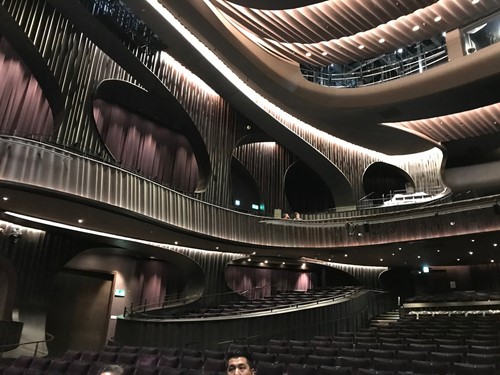 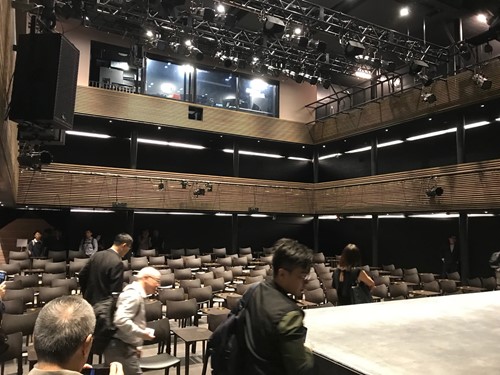 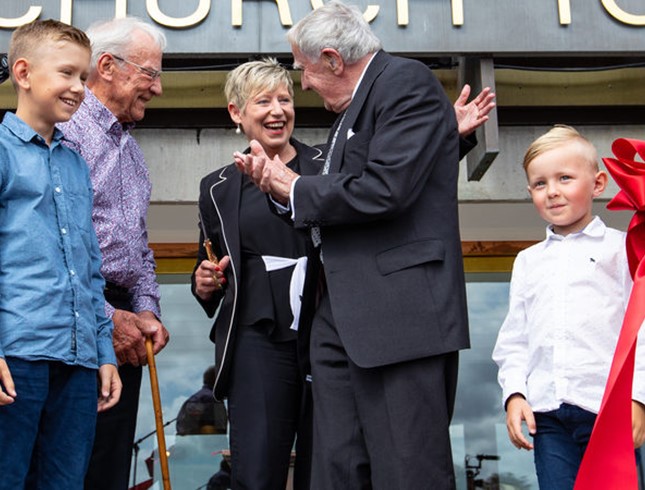 The rebuild of the iconic Christchurch Town Hall is complete. It is our great pleasure to share this radio interview RNZ recorded with Sir Harold Marshall regarding it's design